As members of OSIFT, we all play an important role in our regional food system. During her presentation, Katie Pearmine from Oregon Food Bank, will pull back the curtain on a "Shadow Food System" - the local hunger relief network. You'll learn about how the local hunger relief network operates, the major trends impacting these efforts, and how you, as a food scientist, can play a critical role to enact real change for good.
Register Here! 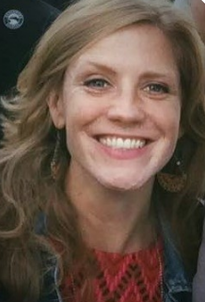 Growing up on a farm in the North Willamette Valley, Katie Pearmine has worked in agriculture since childhood. As the Strategic Sourcing Manager for Oregon Food Bank, Katie leads a team responsible for procuring food for people experiencing hunger in Oregon and Clark County Washington. Katie’s previous work includes: field work and outdoor education in rural Oregon, ten years in publishing and marketing, and five years with Oregon Department of Agriculture. Katie spends her free time on food access and land use issues, and is chairing Oregon State University, Food Innovation Center’s advisory board, and acting a Commissioner for Oregon Department of Land Conservation and Development. 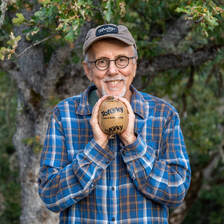 In 1980, Seth Tibbott founded Turtle Island Foods, now "the Tofurky Company", on $2500 savings from his 8-year career as a teacher/naturalist. Many people, including his midwestern Aunt and fellow elementary school teachers, thought selling moldy soybeans to the meat centric American public was a very bad idea.   For 15 years it appeared the naysayers were right as Seth pursued his dream while losing his shirt as a pioneer of the plant based foods movement making a fermented Indonesian soy product called Tempeh.  With an income of only $300/month, Seth built a 3-story treehouse that he called home for 7 years.  In 1995, also against the advice of his partners, Seth introduced the first nationally marketed vegan holiday roast named "Tofurky".  The Tofurky brand now includes 35 different vegan products which are sold in 27,000 stores worldwide. Today Seth enjoys sharing the details of his “40-year overnight success” story while traveling the world cheerleading plant-based food entrepreneurs from London to New Delhi and beyond.
​